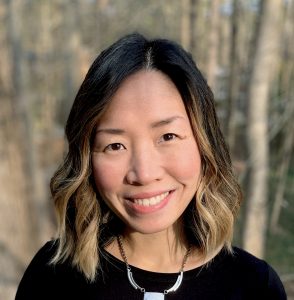 Maggie Cao is a scholar of eighteenth and nineteenth-century American art in a global context. She studies the history of globalization with particular interest in intersections of art with histories of technology, natural science, and economics. Her first book, The End of Landscape in Nineteenth-Century America (University of California Press, 2018) examines the dissolution of landscape painting as a major cultural project in the late nineteenth-century United States and argues that landscape is the genre through which American artists most urgently sought to come to terms with modernity. Cao has also written on media theory, material culture, and ecocriticism. Her recent publications include essays on the print culture of the earliest worldwide financial bubbles and the materiality of export art made in eighteenth-century China.

She is currently writing a book entitled Painting and the Making of American Empire, 1830-1898, the first synthetic treatment of nineteenth-century art and empire in the global context. The project offers revisionist readings of globally-themed art including history paintings of the colonial past, landscapes of polar expedition and tropical tourism, still lifes of imported goods, and ethnographic portraiture. The book aims to connect historic American paintings to the flows of commodities and peoples through colonial systems and infrastructures in the decades leading up to formal U.S. colonization in 1898. It also tackles the legacy of American imperialism, connecting the metropolitan, Euro-American painters of the past with the more racially diverse global artists of the present.

Professor Cao received her doctorate in art history from Harvard University in 2014 and did postdoctoral work at Columbia University’s Society of Fellows before coming to UNC in 2016. At UNC, she teaches the history of American art from the colonial period to the twentieth century as well as courses on the visual histories of science and economics.

“‘Is it Cake?’ feeds viewers visual catharsis for uncertain times,” The Conversation, April 7, 2022

The End of Landscape in Nineteenth-Century America (Berkeley, CA: University of California Press, 2018)

“Copying in Reverse: China Trade Paintings on Glass,” in Beyond Chinoiserie: Artistic Exchange between China and the West during the Late Qing Dynasty (1796-1911), edited by Jennifer Milam and Petra ten-Doesschate Chu (Leiden: Brill, 2018), 72-92.