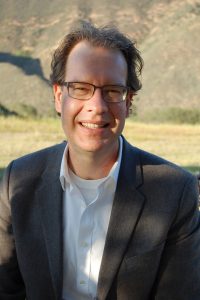 As an historian of African American art, I work from the assumption that art plays an important role in determining how we see ourselves as morally responsible individuals. In research and teaching, I attempt to convey the urgency of art by addressing moral and political dilemmas we would often rather ignore.

My book, Adrian Piper: Race, Gender and Embodiment (Duke University Press, 2011), is the first scholarly monograph on Piper’s work. Informed by a decade of conversations with Piper, my book places her early conceptual and performance art at the nexus of Conceptual and Feminist art of the late 1960s and early 1970s and in relationship to the work various African-American artists were making at the time. My project participates in recent reconsiderations of the art of the 1960s and 1970s that call for replacing the canon of“superstar” artists with analysis of the range of artists engaged in a critique of modernism.

To encourage further research into the history of performance art by African American artists, in 2008 I began working on a digital archive that I continue to develop, the African American PerformanceArt Archive. The alpha version, created with the collaboration of several graduate students, debuted in February 2010 and is available at aapaa.org (and you can follow us on Facebook).

I received my Ph.D. from UCLA in 2002 and completed the Whitney Museum of American Art’s Independent Study Program. I have published articles and art criticism in the International Review of African American Art, Callaloo, Signs: Journal of Women in Culture and Society, American Art, the Art Journal, Art in America, Art Papers, and elsewhere.