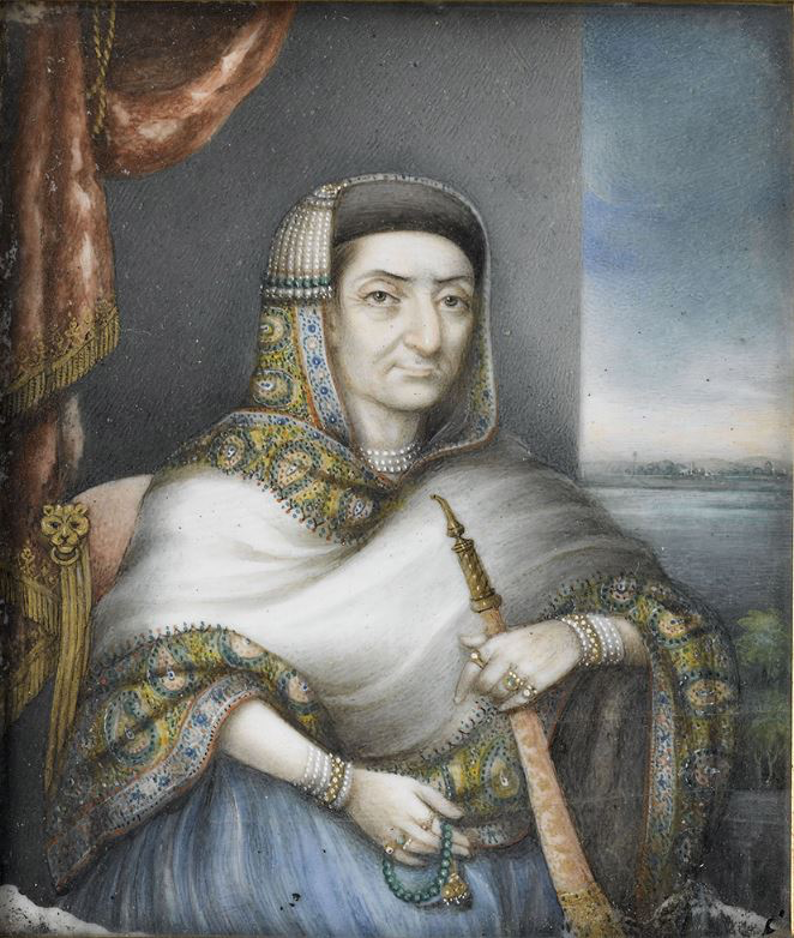 “Artful endowments: The Portraits and Architecture of Begum Samru as Global Gifts in late Mughal India”

Register to attend below.
Registration will end at 5 pm on November 11. A zoom link will be emailed to registrants 24 hours in advance of the lecture

A portrait for King Louis Philippe, drawings of her church for the Pope, two gold coins for a Mughal prince. These were some of the gifts that Begum Samru gave during her lifetime. A relic of the true cross from the Pope, a robe of honor from the Mughal emperor, a young elephant from an indebted English officer. These were some of the gifts that the Begum Samru received during her lifetime. Begum Samru (b. circa 1750-d. 1836) was a wealthy dowager, a devout Catholic, and sovereign ruler of her territory in North India in the early nineteenth century. An ally to the Mughal emperor and the English East India Company and benefactor to the beleaguered Catholic mission in India the begum was well versed in the etiquette of giving and receiving that prevailed in nineteenth-century India. The exchange of gifts in this context demanded discernment on the part of the giver and well as the receiver. Station, rank, and gender of both parties were to be considered alongside the occasion (a special visit vs. a more regular occurrence) of the tribute. Circulating within these complex social rituals of giving and receiving were the objects themselves. Sometimes, they were extraordinary overtures of generosity: a relic of the true cross in a silver reliquary from Pope Gregory XVI! At other times the gifts were of a predictable genre but remarkable as aesthetic objects, as in the many portraits of herself that the begum gifted to her political allies. This presentation explores the global connections and local meanings forged by the objects and buildings that the Begum Samru gave and received as gifts. The begum employed gifts and endowments as aesthetic instruments of visibility, to make herself known to audiences far beyond the small principality she ruled. Through portraiture, religious and secular architecture, and various endowments the begum both drew upon and expanded the prevailing norms of gift exchange in India. The objects that she gave and received as tribute offer valuable information on Begum Samru’s geo-political ambitions and her artistic patronage in late Mughal India.

Mrinalini Rajagopalan is an Associate Professor in the Department of History of Art of Architecture at the University of Pittsburgh. She is the author of Building Histories: The Archival and Affective Lives of Five Monuments in Modern Delhi (Chicago, 2016), for which she received the Alice Davis Hitchcock Award from the Society of Architectural Historians. She is currently working on her next monograph, “The Marks She Made: The Art and Architecture of Begum Samru, 1803-1836.” This book traces the built works and paintings commissioned by the Begum Samru, who rose from modest beginnings as a dancing girl to become the sovereign ruler of a prosperous territory in nineteenth-century North India. Rajagopalan hopes to complete this manuscript during her fellowship at the National Humanities Center this year.