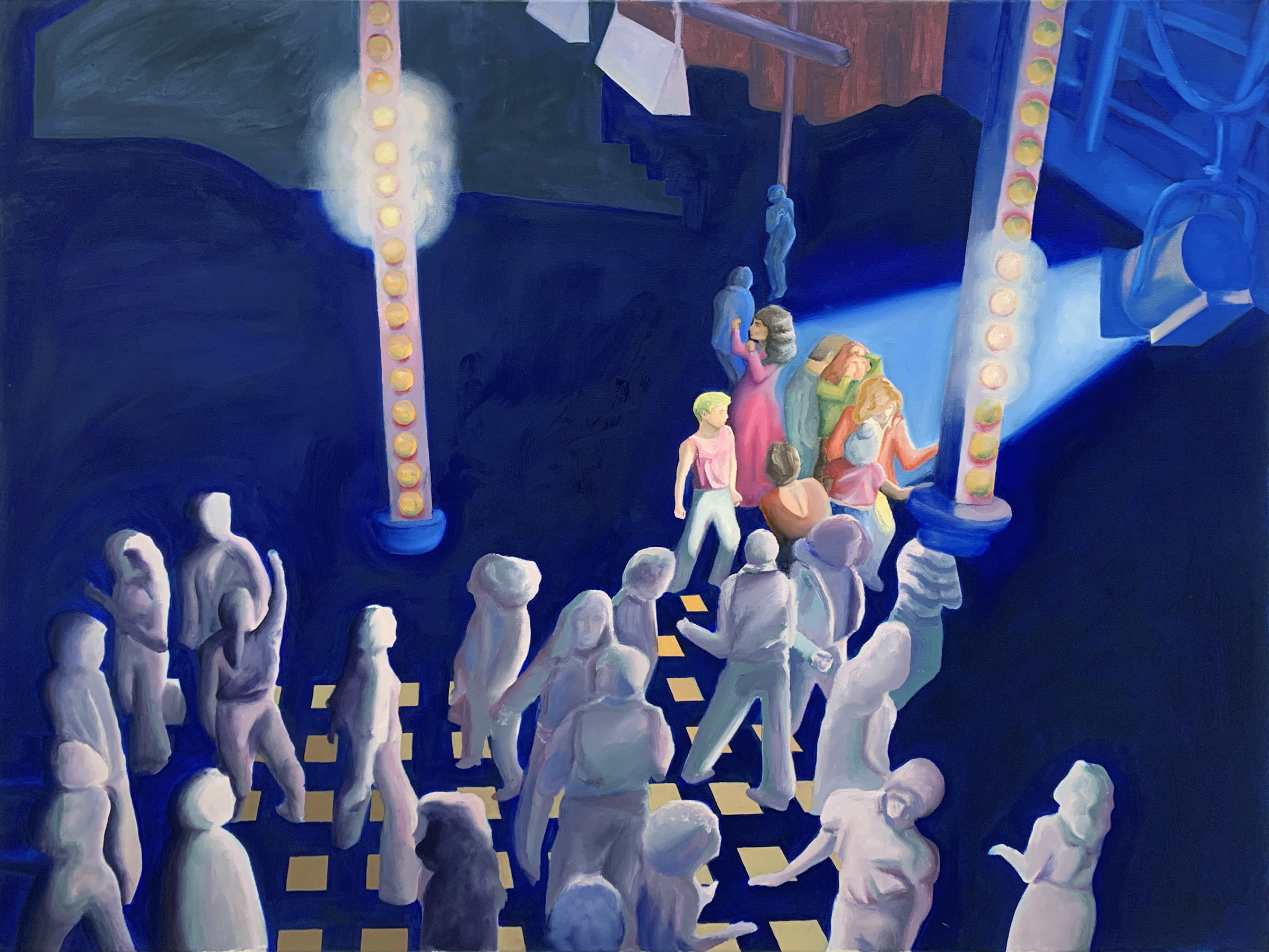 My work is centered around spaces that contribute to creations of community, personal identity, and lived experiences. As a queer, nonbinary-identifying artist that was raised in a hyper-conservative environment, the erasure and stigma attributed to queer people, and queer culture, particularly by close family and friends, is something that still sticks with me and my growing perception of self-identity. It is something I feel I must work against to challenge often flattened and negative perceptions of the queer community.

Reclaiming queered spaces, in particular, feels important to me as someone whose spatial reality completely changed following my “outing”. At 17, a change of locks officially signaled my former refuge was no longer a welcoming space, and I never again entered my childhood home. This experience was a confusing one that has become one of the motivating urges of the work. From that moment on, memory and imagination played an essential role in the way I experienced the world. I could only imagine the spaces that framed my youth, and my memories of these spaces grow distorted, yet they are tied up with the psychological tensions that I only began unpacking much later. This intersection of architecture, memory, and identity plays an important role in contextualizing the work.

Using a combination of flatness and gestural marks in my paintings, I am able to create visual tension between different elements, unflattening elements of architecture and figures to suggest their dominance in constructing both queered and non-queered spaces. My use of color, light, and shadow, also serve to highlight the psychological experience of these spaces, recontextualizing very physical spaces as metaphysical, psychologically-charged spaces that highlight elements of community and isolation. Pulling from historical and contemporary photos and found images, my compositions usually begin as physical spaces that make clear use of flatness and negative space to draw emphasis to these elements of light and shadow and to create seemingly infinite spaces that delineate them from directly representational depictions of space.

This series of drawings examines US Federal Government buildings and agencies as spaces of exclusion and expulsion for the queer community particularly during and immediately after the Cold War McCarthy era. When remnants of communists “on the inside” began to wane, the Federal Government began stalking, interrogating, harassing, and blackmailing queer individuals who held government and military positions under the premise that “homosexuals and other sexual deviants” posed a threat to national security because they were weak-willed and they could easily be blackmailed into giving away national secrets. These actions and government-backed opinions not only massively impacted the lives of those personally affected but brought about a culture of treating queer individuals as perverts and sexual deviants rather than regular people. I have personally seen this culture persist in the values of close family and community. In these drawings, I investigate the role of erasure of architecture in revealing these events and actions that have largely been erased from mainstream historical narratives. I use cropping, orientation, and imagined interior cross-sections to destabilize and challenge the federal architecture and expose its role in both creating mass hysteria about queer individuals and concealing their actions from the public.

Image credit: Courtesy of the artist