All work in the exhibition will be available for purchase via both traditional sale and silent auction during both receptions and during all open hours of the exhibition at both locations. All proceeds from sales will go to supporting BASEMENT and Peel programming.

They are among the nine State Fellowship recipients, each of whom received a $5,000 award, currently featured in an exhibition on display at the Bo Bartlett Center through December 10, 2022, before touring to additional locations across the region next year.

“Congratulations to Hannah, Sarah, and all of this year’s State Fellowship recipients,” said Neil Barclay, board chair for South Arts. “This cohort of artists represents the diversity in voices, thought, technique, and style of our region, and we are honored to support their work with these awards.”

The nine 2022 Southern Prize and State Fellowship recipients are:

Congratulations to the following Art History alumni who are all starting new positions!

MA alumna Julianne Miao was appointed a Curatorial Assistant for the Nasher Museum of Art at Duke University.

Congratulations to M.A. Alumna Caitlin Swindell, who just started as the Curator of Collections and Exhibitions at the Lowe Art Museum, University of Miami! We wish you all the best on this new and exciting career adventure.

Dr. James E. Newton, a beloved instructor and mentor to many, sadly departed this earthly life on Tuesday, May 24, 2022, following a gradual decline in health. He was 80 years old.

Dr. Newton was born on July 3, 1941, in Bridgeton, New Jersey to the late Clifford and Hilda Newton, the 4th of their nine children. After serving as a military policeman in the Army, he received his B.A. in Art and German from North Carolina Central University, a Masters of Fine Art (MFA) from UNC-Chapel Hill, and a Doctorate in Curriculum Development in Black Studies and Education from Illinois State University. An award-winning artist, Dr. Newton was the first African-American to receive an MFA degree from UNC-Chapel Hill.

In addition to his love of art, Dr. Newton had a passion for teaching and mentoring young people, which he was able to do for many years while serving as a tenured professor and director of Black American Studies at the University of Delaware.
He is the author of several books, including The Principles of Diversity, The Other Slaves, Curriculum Evaluation of Student Knowledge of Afro-American Life and History, and numerous articles on multicultural education, African-American art, and diversity. In addition to being an inductee into the National Honor Society of Phi Kappa Phi, he is also the recipient of the University of Delaware’s Excellence in Teaching Award, and most recently, a recipient of the University’s Honorary Doctorate.
An active member of the community, Dr. Newton served on the board of many organizations, including the Walnut Street YMCA, Delaware State Arts Council, Delaware Art Museum, The Tatnall School, Public Allies, and others. He was also a 50+ year member of Kappa Alpha Psi fraternity.

Dr. Newton lived an exceptional life that has served as a model for younger generations to follow. He was not only a loving husband, devoted father, and friend to many, but he was a true inspiration to those whose lives he touched. He will be greatly missed by all that had the privilege to be a part of his life.

Dr. Newton is preceded in death by his brother David.

PhD Alumna Ann Millett-Gallant’s essay “Pieces of Cake” has been included in the new Routledge Companion to Art and Disability. Congratulations Ann!

“For these paintings, I applied watercolor to paper through polyethylene matrixes: plastic grocery store bags and polyester dryer sheets. In spite of well-meaning efforts, most plastic is not recycled; tossed in a can but eventually buried in the landscape, much of it becomes visually inert. As a landfill, plastic becomes part of a grand chemical experiment, a long uncharted journey of disintegration and coalescence. How will the decomposition of these massively distributed, chemically complex objects shape their environment? These paintings imagine landscapes of that future.”

Ripley Whiteside was born in 1982 and grew up in Chapel Hill and Durham, NC. He received his MFA from SUNY-Buffalo in 2012, where he also taught foundations art courses, and his BFA from UNC-CH in 2008. He has participated in solo and group exhibitions in the US and Canada, and has been a resident at Willapa Bay A.I.R, The Peanut Factory, I-Park, and The Vermont Studio Center. His work is represented by Pierre-François Ouellette Art Contemporaries (Montreal) and Red Arrow Gallery (Nashville). He lives and works in Nashville, TN. 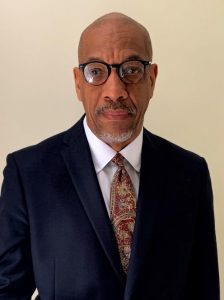 Congratulations to MFA alumnus Michael J. Bramwell, who was recently appointed as the inaugural Linde Curator of Folk and Self-Taught Art at The Museum of Fine Arts, Boston! The creation of the new position is part of an initiative designed to reanimate and reimagine the MFA’s storied folk-art collection for 21st-century audiences, supported by longtime trustee Joyce Linde. Collaborating with fellow curators in the Art of the Americas Department and colleagues across the Museum, Bramwell will develop innovative exhibitions, collection displays and public programs—envisioning new ways to make folk and self-taught art accessible, relevant, and important to the lives of visitors. He will begin his new role on June 1.

Bramwell’s scholarship and research has explored the visual and material culture of the African diaspora in the American South from the 19th through the 20th centuries. He currently serves as Visiting Guest Curator at the Museum of Early Southern Decorative Arts (MESDA) in Winston-Salem, North Carolina, where he is organizing the exhibition House Party: R.S.V.P. B.Y.O.B. Bramwell has collaborated on exhibitions, workshops and visiting critic engagements with the North Carolina Museum of Art, MoMA PS1, the Schomburg Center for Research in Black Culture, Whitney Museum of American Art, and Maryland Institute College of Art. He has been awarded two Andrew W. Mellon Humanities for the Public Good Fellowships for his work at MESDA and the Ackland Art Museum. Bramwell is currently a doctoral candidate at the University of North Carolina at Chapel Hill, where his dissertation is focused on resistance in the art of enslaved potter David Drake. As a visual artist, Bramwell has been featured in a wide range of solo and group exhibitions, including at the MoMA P.S.1, Whitney Museum of American Art, and the Jack Tilton Gallery. His work can be found in the collections of the Davis Museum at Wellesley College, the New School University, The Studio Museum in Harlem, and the Schomburg Center for Research in Black Culture, among many others. He holds an M.F.A. from UNC Chapel Hill, an M.A. in special education from Columbia University and a bachelor’s degree from Oakwood University in Huntsville, Alabama. Bramwell’s work is supported by the Joan Mitchell, Andrew W. Mellon, and Pollock-Krasner foundations.
“As a practicing artist and academically-trained art historian, Michael Bramwell brings a distinct perspective to folk and self-taught art. His commitment to telling new stories and reaching beyond the canon promises to reenergize the display and interpretation of this material at the MFA. It is an honor to welcome Michael to Boston,” said Ethan Lasser, John Moors Cabot Chair, Art of the Americas.

The MFA has long collected folk art—broadly defined—in many genres, with notable strength in works made in the northeastern U.S. in the 18th and 19th centuries. Highlights include important paintings by Erastus Salisbury Field, William Matthew Prior and Rufus Porter, nearly 350 works on paper from the Karolik Collection, a significant collection of American quilts, and select examples of painted furniture and sculptural forms. The new Folk Art Initiative positions the MFA as a global leader in reinvigorating and rethinking a body of material that challenges narrow definitions of “what is art” and “who is an artist’—and creates space for the greater inclusion of voices, narratives and histories, offering a unique point of access and invitation to visitors. A cross-departmental team, which included curators, conservators and staff members from the Learning and Community Engagement division, developed a strategic framework for the Folk Art Initiative to evolve and unfold over the next several years. This collaborative process laid the groundwork for the MFA’s 2021 exhibition Collecting Stories: The Invention of Folk Art (generously supported by the Henry Luce Foundation), which explored the history and evolution of the term “folk art” by reconsidering works on paper and sculpture from the Karolik Collection.

With support for exhibitions, programs and interpretation, the Linde Curator will have the platform to galvanize colleagues across the Museum to think anew about folk art in the Americas and across the globe, and explore new ways to make the collection accessible, relevant and important to the lives of visitors today. Through the Folk Art Initiative, the MFA will place folk and self-taught art in dialogue with other art forms across disciplines—particularly contemporary art—integrate folk art into existing learning programs, and invite members of the Museum’s teen programs and community partners to offer fresh perspectives on interpretation and the stories told in the galleries.

Congratulations to Klint Burgio-Ericson (Ph.D. 2018) on his recent appointment as Assistant Professor, tenure track, in the Art History program at Texas Tech University!