NOTE: This exhibition opened just prior to the start of coronavirus restrictions in Mobile and is currently closed (but may reopen). In the meantime, Deep’s pieces have been turned off at his request.

THE DROWNED
March 13, 2020 – June 13, 2020
Alabama Contemporary Art Center
Mobile, Alabama
In 1840, French photographer Hippolyte Bayard (1801-1887) created the first staged photograph in a piece titled “Self-Portrait as a Drowned Man” that depicted himself as a suicide victim. Bayard staged his photographic death to illustrate his distress over a lack of recognition, and consequently cast a shadow of doubt over the ‘truth’ in photography forever thereafter. The image itself serves as a reminder of photography’s simultaneous ability to mimic and distort reality.
The Drowned is guest curated by Aaron Levi Garvey as a part of Alabama Contemporary Art Center’s new guest curator program. Taking a cue from Bayard’s faked photograph, The Drowned is a collection of photographs, paintings, and films that highlight and play with altered realities. According to Garvey, the artists “engage with the production of bending imagery as they question the potential of creation enabled by image producing machines.” Through themes ranging from post-colonialism, celebrity culture to landscapes, The Drowned explores visual deception and nostalgia.
The exhibition includes the works of nine different artists, and will be on show for three months at the Alabama Contemporary Art Center.
ARTISTS INCLUDED:
Joseph Desler Costa | Bobby Davidson | Mark Dorf | Rachel Libeskind | Sophie Lvoff | Jillian Mayer | Lydia McCarthy | Deepanjan Mukhopadhyay | Daniel Newman 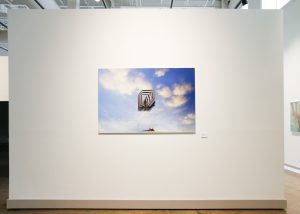 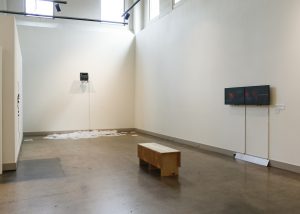 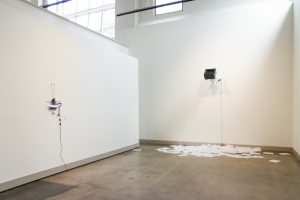