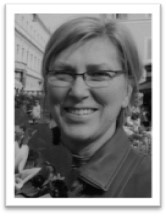 After a battle with cancer and Alzheimer’s disease, Patricia Mathews, of Geneva, NY, has passed away surrounded by family and friends on April 2, 2018. An internationally renowned art historian and expert in modern and contemporary art, Professor Emeritus of Art and Architecture Patricia Mathews was a beloved teacher and colleague who made an enduring impact on the thousands of students she mentored throughout her career.  She and her husband Stanley both taught at Hobart and William Smith until her retirement in 2015

Mathews’ widely published work — which focuses primarily on gender, cultural theory, symbolist theory, and 19th and 20th century women artists — includes several influential books and dozens of articles. Her second book, Passionate Discontent: Creativity and Gender in French Symbolist Art, was nominated in 2001 for the Charles Rufus Morey Award for the most distinguished book in art history that year.

Whether leading students on a semester-long study of Roman art and architecture, or guiding the progress of interdisciplinary Honors projects, Mathews was an exemplary educator who taught with zeal for her subject and compassion for her students. Her passion, integrity and warmth will be dearly missed.

She was always politically active, and fought tirelessly for liberal and progressive causes, women’s rights, justice and fairness for all people.  She was a Seneca Lake defender against gas storage and fracking, protested the proposed Sampson Depot Incinerator proposal, marched in the Women’s Rights parade in Seneca Falls this year, and was an active part of the Geneva Women’s Assembly, participating in their most recent women’s rights protest march only two months ago.

She was born on October 31, 1946, in Velasco, Texas, and married Stanley Mathews in 1978. She was predeceased in death by her father, Louis Martin Townley, and sister, Mary. She is survived by her husband, Stanley Mathews, of Geneva, daughter Adrienne Mathews, of London, England, her granddaughter, Layla, also of London, daughter Alice Mathews, of Davis, California, as well as by her mother, Irene, brothers Robert and Richard, as well as sisters Ina and Barbara.

A memorial service in celebration of the life of Patricia Mathews, professor emeritus of Art History, who died on April 2, 2018, will take place on Sunday, May 27, 2018, at 2:00 pm, at Saint John’s Chapel, 630 South Main Street on the campus of Hobart and William Smith Colleges in Geneva, NY.

A reception will follow at Houghton House, on the Arts Campus of Hobart and William Smith Colleges, on King’s Lane, the 3rd right turn south of Saint John’s Chapel.

In lieu of flowers, memorial contributions may be made to the Dr. Patricia Mathews Prize in Modern and Contemporary Art History.  Gifts should be addressed to Kelly Young, Hobart and William Smith Colleges, 300 Pulteney St., Geneva, NY 14456.  You may also use a credit card at the following link: https://securelb.imodules.com/s/355/index.aspx?sid=355&gid=1&pgid=1531&cid=2976 Please include “In memory of Patricia Mathews” in the comments section.